To start with, many thanks to all the people who posted encouraging comments on my first post. I really appreciate all the support and shared experiences.

The need for study groups

Turns out, many(most?) biologists need computation, such as coding, to do our research. But, most of us aren’t trained in these computational skills. While researchers are very excited about the large amounts of sequencing data that can be generated, we still lack training around using the computational tools needed to analyze such data. One of my most common rants is the lack of computational course requirements for undergraduate biology majors but I’ll just leave that right here for now. While I think that Software Carpentry and Data Carpentry) workshops are tremendously helpful, researchers need longer term support. This is where study groups come in. One of the things I love about the study group model is that your study group can be whatever the community needs.

A brief history of ComBEE 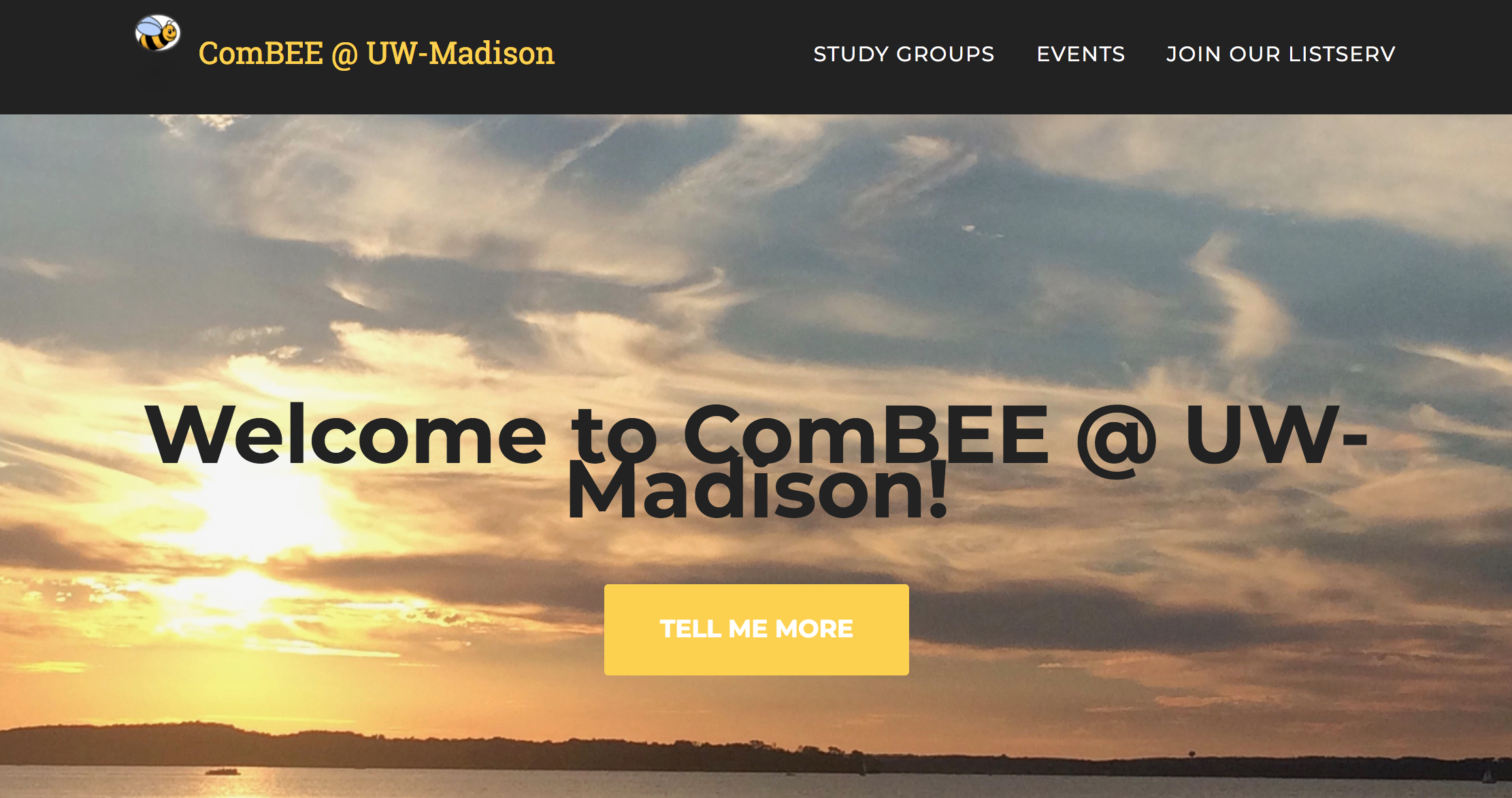 I came to graduate school with some computational skills; python from my informatics minor and some bash and genome assembly methods from the year I spent as a lab tech. I’d struggled to learn a lot of these skills on my own in my year as a tech and then in grad school I saw other students from both my lab and program with little or no training struggle to learn coding. No one should have to struggle to learn this alone. So in the fall of 2014, based on an idea from my advisor, I decided to start my own study group around Computational Biology, Ecology and Evolution, called ComBEE. The main ComBEE group would meet once a month and talk about metagenomics, 16S amplicon sequencing, making phylogenetic trees, etc.

Over the years ComBEE has changed a bit. We had a not-so-great name to start with (more about that below). My original co-chair became busy and eventually I found someone else to replace him, with his permission of course. This year I found someone to replace me and she made our website much prettier. But the group still meets at the same intervals and the most important things haven’t changed: people learn to code or use code better, support each other’s learning, and have long-term support for developing their computational skills throughout their project.

When I started ComBEE, I’d never seen a study group before and kind of made it up as I went along. I started out with a sad looking website and an email list and absolutely no idea what I was doing. While I’ve learned a lot, now there are wonderful resources out there to help. I recommend starting with the Mozilla Study Group materials from Mozilla Science lab. They have put together a guide on starting your own study group, which even includes a nice template for setting up a beautiful website and links to lessons from other study groups. They also host community calls with other study group leaders around the world once a month which are great for getting ideas and support.

If you know of other study group resources, please feel free to comment with links below.

When I first started ComBEE we were called Molecular Microbial Ecology, and Evolution for short MoMIEE, pronounced like ‘Mommy’ (to be like Mothur). About 6-9 months later, I advised a labmate that MoMIEE would be a good resource for him to learn some coding. He replied with something like, “But I’m not a woman scientist with a child.” So turns out the name was misleading.

On a more serious note, my co-chair told me that ‘Molecular’ was turning away genetics students and I suspect that there are others that might have turned away due to the name. I originally intended this group for researchers in my subfield but Python and R Study meetings are generally useful for anyone starting to code. I’ve gotten a number of emails from people asking if they could come to Python Study Group even though they didn’t study our area. I can’t imagine the number of people who never even emailed. I frequently debate if I should have named the group something more general like the UofTCoders in Toronto.

TL;DR - Think carefully about your group’s scope/goals and pick a good name.

Advertise as widely as possible

Every year at the beginning of the year, I would think of as many email lists as I could and send them a recruiting email. Still even this year, we have new people who have come to Python Study Group saying they had never heard of ComBEE until this year. I also never thought about putting flyers up on the jumbotrons in my building until it was suggested in Python Study Group. We’ve gotten a lot of people in the building that way. As far as I can tell, you can’t advertise too much.

Don’t do it alone! (aka delegate)

This is the trick to keeping your group running and keeping people coming.

After a couple of semesters, to cut down on my own responsibilities, I decided to ask other students that had participated in Python Study Group to run it for a semester. I sell it as a short term, low commitment position which looks great on your CV. The most difficult part of getting people to volunteer for this position is convincing them that you don’t have to be an expert in Python to run Python Study Group. The leaders’ main responsibilities are to plan topics and facilitate discussion. Once convinced, they do a great job and those people often turn into the experienced coders contributing back to the group.

It is also helpful to have others in longer term leadership positions. ComBEE only has two co-chairs but I’ve seen that the UofTCoders group has an ‘Executive Council’ which runs it. You do need clear expectations about what each person is responsible for so you don’t have end up with ‘diffusion of responsibilities’ issues but overall it will make your life much easier if you don’t run it all yourself.

Please feel free to comment with questions or your own experiences!